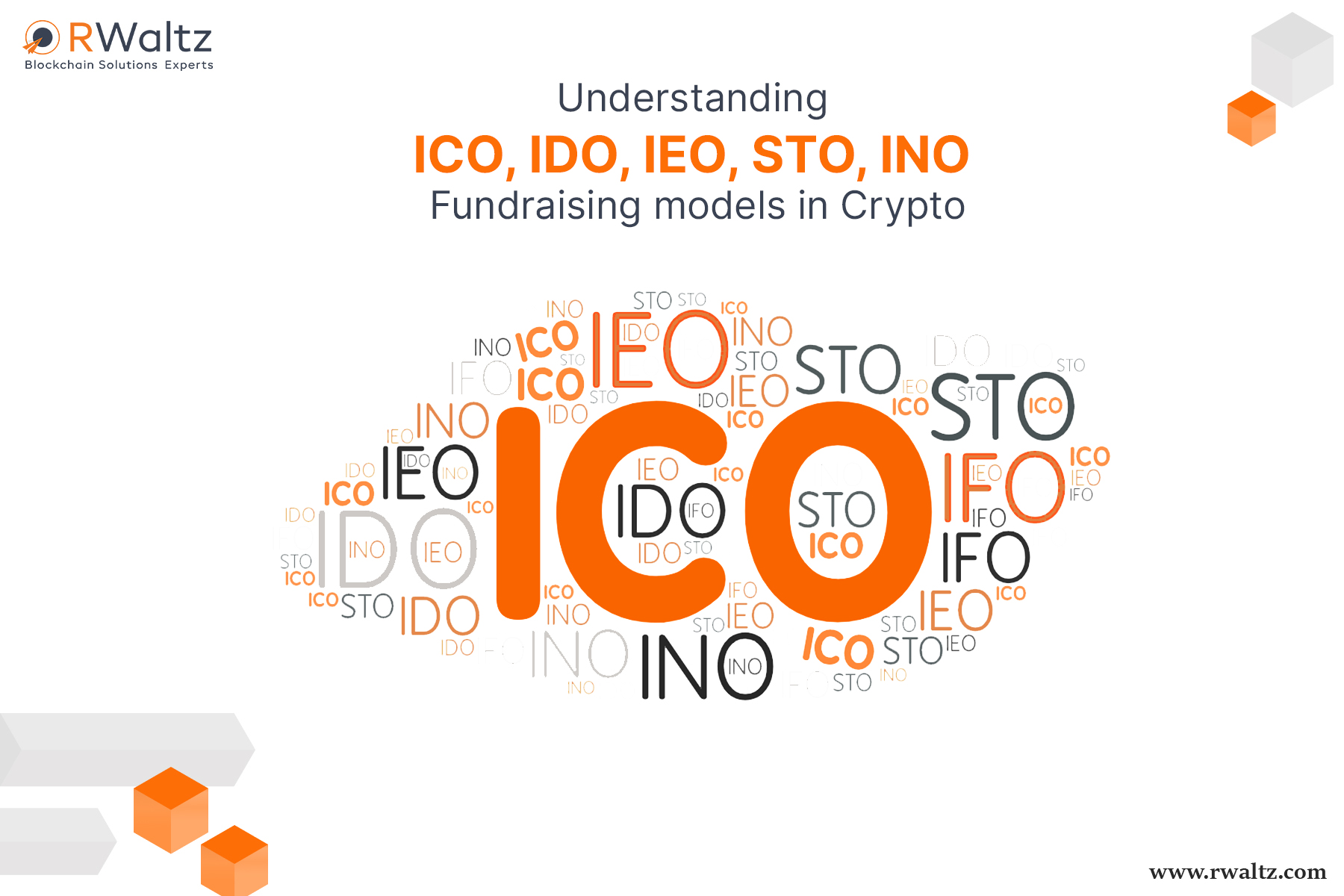 What is an Initial Coin Offering(ICO)?

What is Initial DEX Offering(IDO)?

Initial Decentralized Exchange (DEX) Offering is a crypto token offering running on a Decentralized Exchange. Liquidity pools (LP) play a crucial role here by creating liquidity post-sale. Delivering a cost-effective and easier way for projects to distribute tokens, the initial DEX offering during a token generation event lets users lock their funds in exchange for new tokens.
Initial DEX offering is referred to as a successor to ICOs and IEOs, where it aims to raise funds and bootstrap a project. Unlike ICOs and IEOs, where tokens are sold before listing, IDOs are listed immediately on a decentralized exchange.

What is Initial Exchange Offering (IEO)?

IEO is easy to manage fundraising model, where users just need an account on the exchange platform with some funds in it to participate. The IEOs offer a high-degree trust and transparency, where the exchange is staking its reputation for a project on its platform.

What is Initial Farming Offering (IFO)?

Initial Farming Offering (IFO) is defined as a fundraising model that helps newly launched Defi projects raise capital by participating in pre-sales events. IFO is considered to be the successor of Initial Coin Offering (ICO), depicting a crowdsourcing method used by crypto projects to raise capital in the early stages.

Investors can raise the capital required for the available projects by participating in the re-sales event hosted by the DEX. IFOs are both similar and different to IEOs and ICOs simultaneously, serving as a way to raise funds for crypto projects.

What is Initial Liquidity Offering (ILO)?

Initial Liquidity Offering (ILO) refers to a fundraising model where a new token is offered to the buyers agreeing to contribute to the liquidity pool. This ensures that Automated Market Maker (AMM) can function since the token is attracting new buyers. It enables multiple projects and startups to raise funds by selling tokens on Defi-based DEX platforms without the need to perform ICO.

ILOs can be easily performed on Defi-based DEX platforms since they hold a huge number of investors who might be interested to purchase the crypto tokens immediately for a higher price. These DEXes leverage the AMM mechanism, where liquidity pools are managed by highly skilled liquidity providers.

What is Initial NFT Offering (INO)?

NFTs have played numerous roles in reaching out to the target audience and creating a buzz for either new tokens or any business. NFT can be used as a marketing tool to attract customers offering them some sort of advantage that is providing some utility to the NFT holder. At such moments initial offering of NFT is the chance for the customer to acquire the NFT and avail of the utility for a particular project.

This INO (Initial NFT Offering) can be a marketing tactic or fundraising model. The main thing is to check the number of people who are attracted to the use case and the popularity of the project. Sometimes free NFT offering can come up with a few tasks to accomplish which aid in spreading the project to more people.

If you want to develop any fundraising models, please feel free to contact RWaltz - a Crypto and Blockchain Development Company.