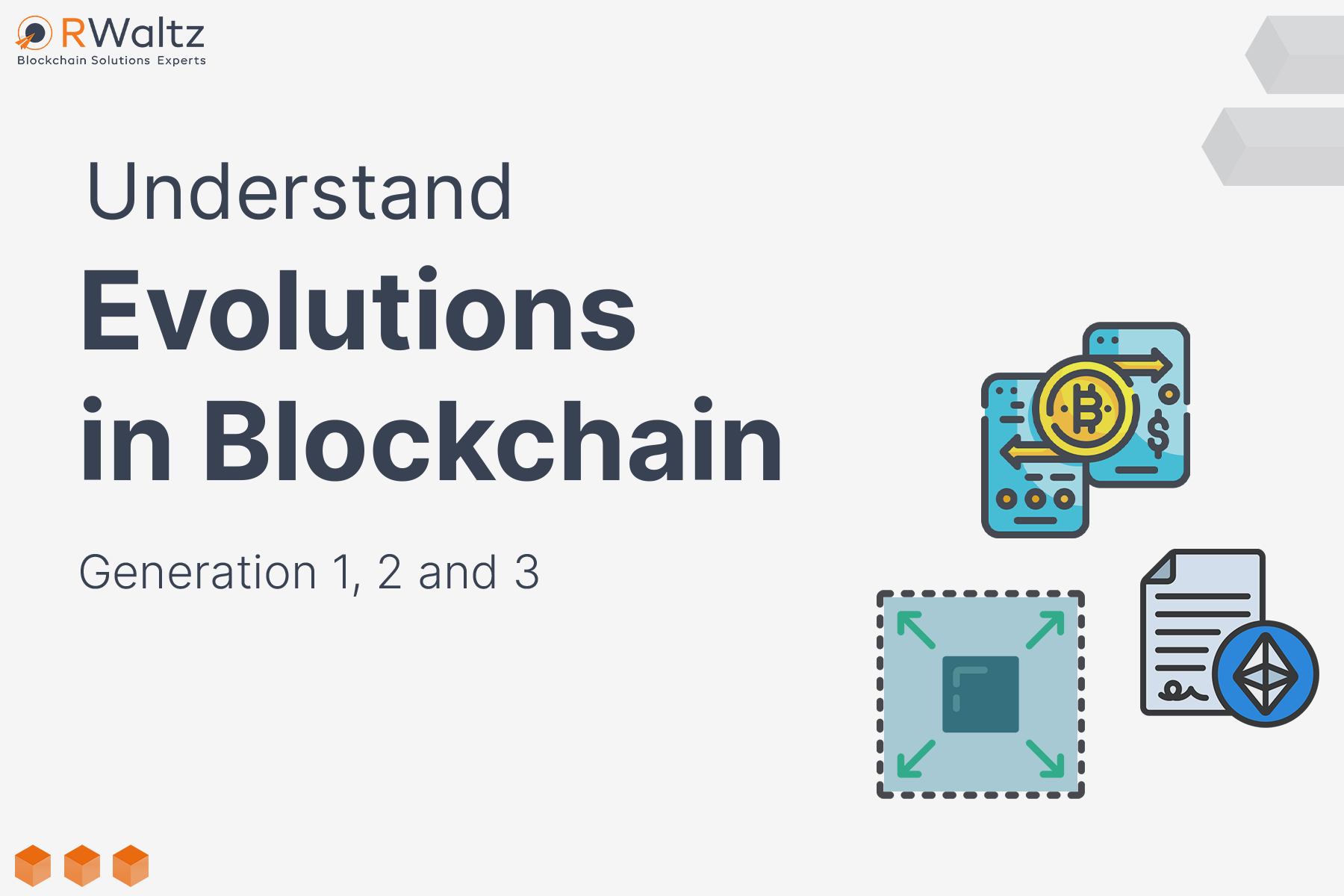 The wide adoption of Blockchain has led to researchers and contributors continuously upgrading this open-source technology. In the present scenario, we have witnessed an evolution of Blockchains for a decade right from the currency to the centralized systems.

Let's dig deep to understand the evolution of blockchain from Generation one to the current third generation.

Bitcoin is the best example of the generation one blockchain which was used for peer-to-peer currency exchange. That was the only basic purpose of the blockchain in the first generation. Litecoin and Monero are some examples of first-generation blockchains.

At the early adoption of bitcoin, ethereum was launched which disrupted the cryptocurrency market. As ethereum came up with the addon over the blockchain which is smart contracts.

Smart contracts enabled blockchain to level up with the use case which was limited only to currency exchange. People could develop applications using smart contracts on the blockchain.

RWaltz Software is a leading development company in the space of Crypto and Blockchain and has Dev Team that keeps itself updated with the new technologies flooding the market. If you are looking for crypto or blockchain application development, you are moments away to get the best team in this diverse concept. Reach us today in any medium of your choice.